Yikes! Why is My Shower Leaking? 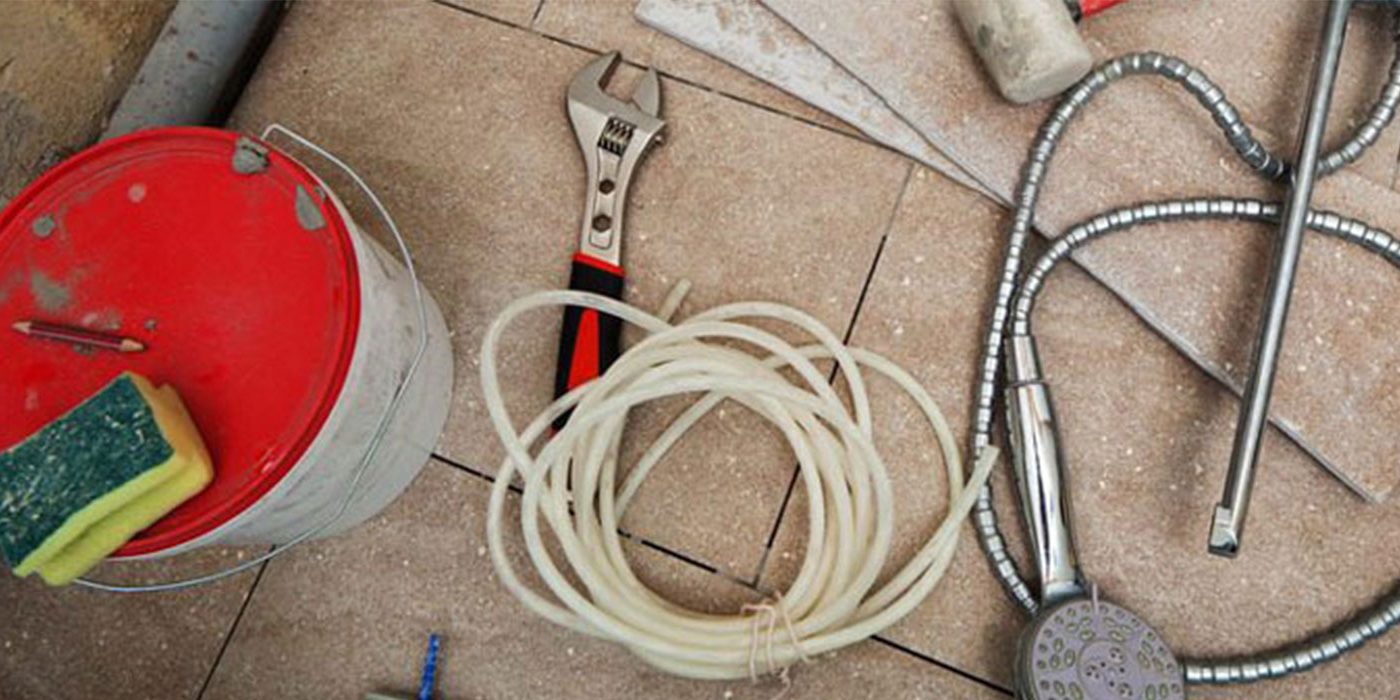 You want water in your shower… until you don’t.

Leaks in a shower can be frustrating, and cause damage to your shower area, bathroom, and potentially other parts of your house.

And this means you’ll need to spend money, time and effort to fix it.

But there’s a silver lining. The more you know about what causes shower leaks and how to fix them, the more likely it is that you’ll be able to catch the leaks and repair them before they do a ton of damage.

In this post, we’ve put together a definitive rundown of the common causes and symptoms of a leaky shower. So you’ll be able to more quickly recognize when you have a shower leaking, and diagnose it with more precision.

And hopefully, then you won’t have to throw money down the, well, you know –  the drain!

A Shower Leaking Is A House in Danger

Water damage is considered one of the most, if not the top, cause of general damage in a house.

And since there are only a few primary points where water arrives and is distributed in the house, then clearly the shower is one of the essential points where leakage can cause damage.

In most households, the shower gets used daily, and often by multiple people in a day.

So, when a leak begins, it can get quickly out of hand from the constant use of the shower.

And on the flip side, when a shower is in the process of being diagnosed or repaired, it often means that shower is out of commission for a while. And rarely is an unshowered home a happy home.

The Leak Came From… Inside the Shower!

There are some obvious spots in a shower system where leaks can occur. After all, the mechanism has a precise point where water is directed towards. So you might think that every shower leak is concentrated near the spout.

But that’s actually not true. Shower leaks can occur all over the shower system, from the faucet, to the pan, to the shower doors.

And sometimes it can be tricky for even a trained eye to figure out exactly where the leak is coming from. So before any repairs begin, there’s usually a steady process of eliminating area by area as the source of the leak.

Lucky for you, this doesn’t necessarily need to be done by a leak detection service. There are DIY methods that can help you identify and fix shower leaks.

Panning for Gold, Not Water

Do you have a water leak that’s clearly coming from the shower floor? Then most likely you are dealing with a leak in the shower pan.

The pan is another name for the tub of the shower, and it can be a major source of shower leaks.

Your first move should be to get down on your hands and knees and carefully check the pan for cracks. Sometimes they will be hairline cracks, so you’ll need to do a thorough exanimation to find them.

If you find leaks in the shower pan, you’re probably looking at a replacement of the pan or shower floor.

One way to test for sure is to stop the drain up and then fill entire pan with water. Let it sit for a few minutes, and there’s no water dripping below, then your pan is likely good to go.

You now might be suspicious that your shower drain is the culprit. So test that next.

You’ll need to wait a couple of days for any leftover water to dry. Or bust out a fan to help it move quicker!

Next, bring in a bucket of water that you filled from a different faucet in the house. Take out the screen or plug from the drain and with the aid of a funnel, carefully pour the bucket of water down the drain. See any leaking?

If you do, you’ve found the leak source. If you’re looking to keep on the DIY path, you’ll need to completely remove the shower pan to stall to give yourself access to the bottom of the shower.

And if you aren’t looking for that involved a DIY process, it’s a good time to call a plumber.

The Pipe And Valve Show

If both the pan and drain seem to be working fine, then the culprit is potentially one of the shower valves or water supply pipes surrounding the shower.

Start by running both hot and cold water and keeping a watchful eye on any water leaking under the shower. Make sure to direct the water into the drain, since you’ve already found it to be in working order.

You might need to cut a hole in the drywall below the shower to get a better view of the leaks. And that’s an easy repair once you’re all done.

If you see any water leaking down, that’s your cue to call a plumber, because the leak might be coming from leaky, rundown pipes.

Of course, if you are gung-ho on the DIY route, you’ll need to be able to get to the pipes in the wall behind the shower.

Don’t Shut the Doors Yet!

One often overlooked leak source are shower doors. Either they are worn down, or perhaps they were never sized appropriately for the angle of water spraying around the shower.

If you have puddles on the floor near the shower, it might mean the doors aren’t fitted well. Or it’s possible the door tracks, which are meant to be waterproof canals, aren’t draining properly.

It’s possible you have hard water buildup or dirt accumulated in the tiny holes (known as ‘weeping holes’) that allow for water to flow back into the shower from the door tracks.

It also might be an issue of re-caulking the shower, especially at the joints where the door tracks meet the frame of the shower door.

Or it’s possible that your shower faucet is faulty, and that’s an easy fix with some new hardware!

This Happens All the Tile

If the leak still hasn’t been identified, it’s possibly coming from the tile on the walls of the shower. In which case, you might need tile replacement.

Or you’ll want to take steps to seal up the tile or make them waterproof. This will stop the leaks in their tracks.

Hopefully, this guide has given you a detailed rundown of shower leak sources, and how to detect them.