How to Fix a Leaking Shower: Should You DIY or Hire a Pro? 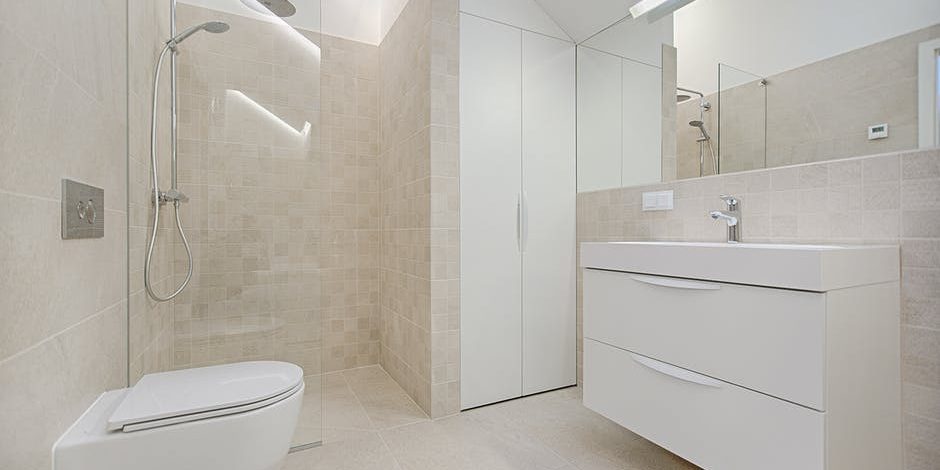 When water appears where it shouldn’t, fear takes over. It may sound extreme, after all, what’s a little water? You mop it up and go on with the day, right?

Water, as it turns out, is a big deal when it escapes our man-made barriers. It’s an especially big issue when it’s leaking from a shower.

What do you do when you think you have a leak?

We’ve put together a few helpful tips on how to fix a leaking shower. We’ll even let you know whether you should fix it yourself or hire a professional. Remember this: you don’t have to succumb to the fear of water!

Be a Leak Detective

Leaks can go undetected for days and often months. If you don’t realize you have water leaking, or even worse, ignore it, you’re setting yourself up for a costly repair. Aside from puddles on the floor, there are a few tell-tale signs that you have a leaking shower.

Look for evidence of mould growing in your bathroom. Pay special attention to the area around the shower.

If you painted the bathroom walls, you may notice paint flaking or peeling. This is another sign of water leaking.

These are all clues but before you panic, check for one basic bathroom error. Sometimes a person simply forgets to close the shower door!

Once you’ve verified everyone in your home knows how to close the shower door, you can move on to one of the most common places where water leaks occur in the bathroom. The shower screen.

The gorgeous glass enclosure with the cute little fish etched on it may be the cause of splash leaks. When we say splash leaks it sounds like we’re putting the blame on a bunch of unruly bathers. Splash leaks are nothing more than water escaping past the shower screen.

Splash leaks occur around the shower door but can also happen anywhere within the shower screen. The problem with splash leaks is the damage they cause to your subfloor.

When water seeps into the subfloor, your flooring loosens. The subfloor can also rot, which means you’re stuck tearing it out and replacing both subfloor and flooring.

Signs of leaks coming from the shower screen include those you checked for when wearing your detective costume. You also may notice curling up of the vinyl flooring or loose floor tiles next to the shower area.

The fix for leaks in the shower screen includes first making sure the door closes correctly. Then check for gaps in rubber gaskets. Finally, make sure you don’t have gaps in the caulk where your shower butts up to the floor.

This is a leak you can fix on your own with a little caulk and a steady hand. Most DIY fans can also replace gaskets and door sweeps.

The next culprit may require help from a professional!

Another common place you’ll find shower leaks is in the shower tray.

You can do much of the troubleshooting for this type of leak by sealing off the shower drain and filling the tray with water from a bucket. Fill with about an inch of water and look for water leaking around the shower. Also, check the ceiling in the area below the shower.

Small leaks may take a few hours before you can see the water leaking. Small leaks don’t mean small trouble.

If you find a leak in the shower tray, it’s time to call in a professional.

Look Down at the Drain

Don’t assume when you shower the water all goes directly down the drain. Drains sometimes leak and let water seep around the outside of the drain.

Drain leaks can ruin the floor joists underneath the shower. They can also stain the ceiling in the room below the shower area. If your shower room is on the lowest level of the building and set on a concrete slab, leaks ruin bathroom flooring.

Finding the source of drain or trap leaks is more challenging than identifying a leak in the shower screen.

This is a job for professionals who have specialized tools and can quickly identify whether your drain leak can be fixed by sealing around the waste area.

Another area where you’ll notice leaks is at the taps.

What Can You Do with Those Leaky Taps?

Dripping, seeping shower taps aren’t only annoying, they waste water and run up your water bill. Depending on where you live, your household could use up to 900 litres each day. Leaky taps could drive that number up quite a bit.

If you think you have leaky taps, hire a pro! A professional will make any repairs and then seal the taps.

By repairing tap leaks as soon as you notice them, you don’t only save money on your water bill. You also help keep the environment healthy by not wasting precious water resources.

The Challenge of Tile Leaks

Tile leaks are the bane of most home and building owners because they’re not normally a quick fix.

If you have tile leaks in your shower, the cause is deteriorating grout. Old caulk can also develop gaps where water seeps in and gets into the wall area behind your tile.

Tile leaks aren’t hard to isolate. Start by checking the shower walls and floor for loose tiles. You may also notice a mould problem that you can’t control.

As with other shower leaks, go to the room directly below the shower area and check the ceiling for signs of water leaks. If your shower sits against an outside wall, you might notice peeling paint on the exterior of the building.

Even DIY fanatics likely won’t know how to fix a leaking shower when tiles are the problem.

The job entails the removal of old grout and any loose tiles. If you have multiple loose tiles or the wall behind them reveals water damage, you’ll end up replacing the backer board and the tiles.

Tilework is an art form best left to the professionals. Mistakes could result in a higher risk for future shower leaks. Save yourself the headache and let a pro take this one for you!

Hiring the right professional could mean leak repair without total replacement of your tile work.

Hire a Pro Who Knows How to Fix a Leaking Shower

As you can see, shower leaks aren’t only caused by one problem. If you have a leak, the source could be your shower screen, the shower tray, your drain, the taps, or your tile.

While most DIYers can fix a few of these leaks, it’s always better when you can hire a professional who knows how to fix a leaking shower.

We’re the experts in shower leak repair! Contact us today and schedule an appointment for one of our technicians to come out and take a look.