Do You Have a Constant Shower Mould Problem? Here’s What to Do 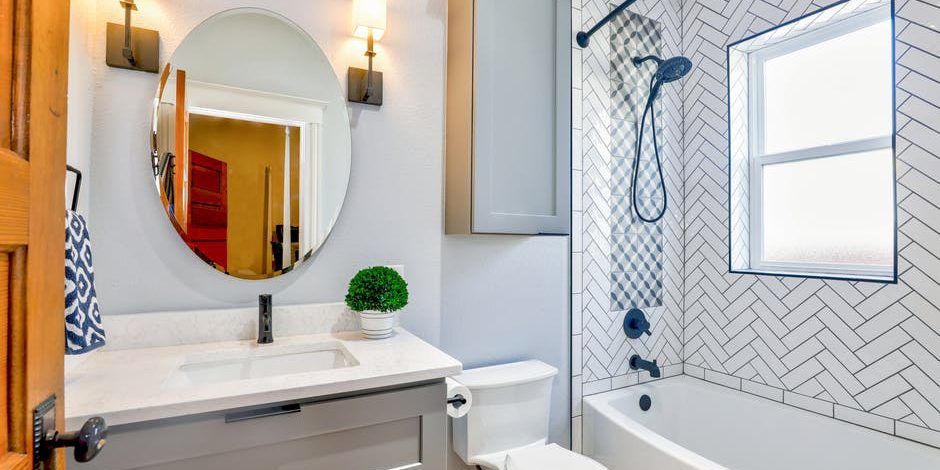 Ever been away on vacation only to come home and find moulds on the bathroom tiles or walls?

They might not look like a big deal but they are dangerous when left alone. This is the case with black mould, noted for its toxicity. Even the non-toxic moulds can still get you sick.

Three main factors help shower mould thrive and spread: temperature, moisture, and an abundant food source. Temperature isn’t easy to control, especially if you prefer to take hot showers. That said, you can still control the other two factors.

By depriving it of moisture and organic matter, you can stop mould from spreading. We will look into these two aspects, removing the mould and preventing it from growing back.

Here are the important steps you can take to stop shower mould from taking over your bathroom:

1. Use the Bathroom Fan

Let’s start with preventing shower mould from spreading. Mould thrives in damp and humid environments, where they eventually grow in size and amount. To stop them from propagating, you have to get rid of lingering moisture.

This is where the bathroom fan comes into the picture. Whenever you take a bath or shower, use the exhaust fan. Once you finish, leave the fan on for 30 minutes.

This essentially dries out the area, eliminating the moisture soaked into the walls and tiles. Just in case, check the CFM (cubic feet per minute) measurement of your fan. If the fan’s too small, use a larger fan that can accommodate the bathroom size.

Also, in case you don’t have a fan, any form of air movement can substitute. Even a regular desk fan can work if you angle it right.

Another preventive measure is to use a squeegee on the tub or the shower walls after showering. This can eat up time but this step can help you prevent mould from spreading.

By using a bathroom squeegee, you can reduce the moisture in the room by a significant degree. This helps defend your bathroom from any form of bacteria growth caused by humidity.

Bathroom rugs and towels are also prone to mould and mildew if not properly attended to. You can prevent this by washing and drying them on a regular basis. The reason behind this lies with the dead skin cells and soap residue on the fabric.

This prevents mould from growing not only on walls or corners but also on these fabric materials. It becomes a bother when they start discolouring the rugs and towels.

Make sure you extend this care to shower curtains as well. Choose the variants that are mildew-resistant. Also, do not forget to have them washed regularly.

By keeping your bathroom dry and low in humidity, you stifle any chance for mould to propagate. You can accomplish this with the use of a dehumidifier or air conditioner. This helps in reducing the moisture in the bathroom.

Another thing you should do to prevent any mould or mildew from growing is to avoid keeping bottles of shower gel or shampoo in the shower. The same goes for loofas and bath toys. Leaving them unattended end up as spots where mould grows and hide.

Also, check for leaks and other sources of moisture. Once you spot the problem, hire a professional to fix it.

Now that we have laid out the steps for preventing shower mould, let us look for ways to get rid of them.

Mould thrives and grows in crevices. When you have lots of mould growing on your caulking or sealant, it has spread deep into unseen spaces behind it. This requires you to remove and replace your caulking.

Remove the compromised caulk and make sure to be thorough with cleaning the area. Also, make sure that it is dry before applying the new caulk and choose a mould-resistant variant. After which, let it cure and sit for 24 hours or more before taking a bath or shower.

If you don’t let it sit during that period, you risk bringing moisture and this allows mould to grow again. This brings your efforts to waste.

When using these cleaning agents, especially bleach, remember to use gloves and other protective gear. When mixing the bleach with water, the ratio is one cup of bleach per gallon of water (1:10). Apply the solution to the mouldy areas using a spray bottle, cloth, or sponge.

Keep in mind that this works on non-porous surfaces like tiles.

7. Open the Windows When Cleaning

While cleaning, remember to open the windows. Not only do you air out the bathroom to get rid of the moisture, but it also helps with ventilation. This is a precaution you should exercise while using cleaning agents.

What if the extent of the mould is beyond your capabilities? What if it was larger than you can take on? What if something bigger is causing the mould?

This is where you need a professional to help you (if you’re on the Gold Coast, Brisbane or Tweed – contact us)! They have the right equipment and skillset to make your bathroom free from mould or mildew. When in doubt, do not hesitate to call for help.

Get Rid of Shower Mould Today

With these tips, you now have the means to get rid of shower mould and stop them from spreading. Remember to keep your bathroom dry and clean to prevent such problems. As long as the moisture and humidity levels are low, you won’t have to worry about mould on any surface.

You can also call for a professional to help you. We offer services covering shower repair, waterproofing, and much more. Contact us today to get started, we’d be glad to help.